There are two approaches to inguinal hernia surgery. One is the laparoscopic method (also known as minimally invasive) and the other is the open method. Laparoscopic hernia surgery is done with several small incisions through which a camera and instruments are inserted and a video monitor guides the surgeon’s dissection. The open method utilizes a small incision under a sedation anesthesia (no tube in throat or ventilator pumping gas into the lungs as in general anesthesia) and the hernia is repaired under direct vision. The most common open procedures include the Shouldice method, Lichtenstein repair, 3D Prolene System and Mesh Plug technique. Unfortunately, except for the Shouldice repair in which no mesh is used, all these other methods have a high rate of chronic pain due to the mesh.

Some drawbacks of the laparoscopic approach are the need for full general anesthesia, the use of extremely large segments of mesh, insertion of catheters in orifices and a much longer operative time compared to open methods. Studies comparing the results of laparoscopic hernia repairs against repairs with the Shouldice method performed by experts in this method, indicated that the laparoscopic repair had at least six times the failure rates of Shouldice repairs. Moreover, risks of life threatening complications such as bowel or bladder perforations are much more common with the laparoscopic repair.

Among the open methods of hernia repair, the Shouldice technique is the only one that repairs the patient’s tissue without the need for mesh. However, for a patient with a prior failed hernia repair or a massive hernia, the standard Shouldice method may fail due to the extent of damage to the groin tissue. The Modified Shouldice technique was developed by Dr. Grischkan to incorporate the benefits of the Shouldice technique by adding a small GoreTex patch to reinforce the tissue repair thereby markedly reducing the failure rate. In essence, every patient can now enjoy the benefits of a Shouldice repair with a oquick recovery, typically only a few days to resume full activities, and an unmatched failure rate. 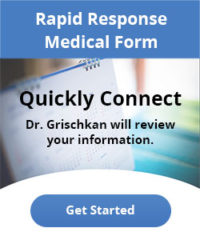 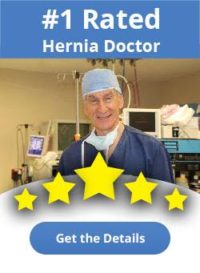 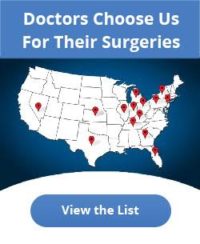